SME businesses will crumble under intense pressure unless urgent government action is provided to help support viable businesses and their consumers through the energy crisis that is ravaging the UK.

According to the head of EDF Energy’s retail business the UK faces a “dramatic and catastrophic winter for customers”. EDF’s managing director Philippe Commaret, proposed help for homeowners and a VAT cut for small businesses as energy prices are due to increase even further from already record levels.

Consumer and corporate confidence is at an all-time low; retail executives expect the autumn season to be extremely difficult as higher energy bills begin to take effect. The New Year always brings tight months for store chains and the hospitality industry. With the forthcoming energy price cap to be announced in January, (just as festive bills arrive) the early stages of 2023 could be especially bleak for retailers and consumers alike.

Thousands of convenience stores will be forced to make extremely difficult decisions in the face of tens of thousands of pounds of additional energy costs in the coming months, which at best will include cancelled investments, reduced staff hours and increased prices in stores, pushing up inflation even further. For some, however, the cost of energy will make the business unviable, and so they will be forced to close unless action is taken to provide meaningful support.
James Lowman, ACS (Association of Convenience Stores)
Plea letter to the UK Chancellor - Nadhim Zahawi

Business leaders have condemned the government over its underwhelming response to the country's energy crisis. Back in August (26th), Ofgem announced on the energy price cap would surge more than 80% in October, from £1,971 to £3,549.

The cap will effectively begin for an estimated 24 million households in England, Scotland and Wales on default energy tariffs from October 1st, and will remain until December 31st, when it will be adjusted yet again.

Businesses will struggle to afford to subsidise employee wages & store costs but are under far too much financial pressure themselves because of record inflation, tax hikes and interest rate rises that are crippling the economy.

What is the UK government doing to help businesses?

A spokesperson for the Treasury announced the government understood that people were struggling with rising costs and was actively trying to support businesses “to navigate the months ahead”.

We’ve cut taxes for hundreds of thousands of businesses by increasing the employment allowance and slashing fuel duty. We’ve also introduced a 50% business rates relief for retail, hospitality and leisure businesses, and put the brakes on bill increases by freezing the business rates multiplier, worth £4.6bn over the next five years,” the spokesperson said.
Treasury Spokesperson
UK Government in reply to ACS plea

Chambers across the country are advocating the British Chambers of Commerce's five-point plan for Government to support businesses:

The cost-of-living crisis and cost-of-doing-business crisis are two sides of the same coin – without alleviating the financial pressures on our firms, we will have a cost-of-doing-nothing crisis. Companies will be forced to pass on rising costs for energy, people and raw materials to consumers and continuing to hit people in the pocket.
Scott Knowles
Chief Executive, East Midlands Chamber

“62% of organisations (in the East Midlands) told (our) Quarterly Economic Survey they expect they will be forced to increase their prices in the coming months for these reasons, while confidence in their ability to grow is declining.

At more than 10%, inflation is at a 40-year high; we are seeing the largest increase to interest rates in 27 years; and eye-watering energy bills are causing real concerns among both businesses and their employees.
Scott Knowles
Chief Executive, East Midlands Chamber

For retailers, their hopes hinge on government intervention. If no further support comes to fruition and employers start to declare redundancies, then things could escalate.

Navigating the pandemic was an unprecedented challenge, but the next few months for consumers and businesses who’s owners put their livelihood on the line into trying to make a difference for their customers & employees, this might be their toughest test yet. Bricks & Mortar Stores vs. Online Retail: How to combine online and offline experiences to improve shopping for your customers

can be downloaded in full, direct from sherwen.com 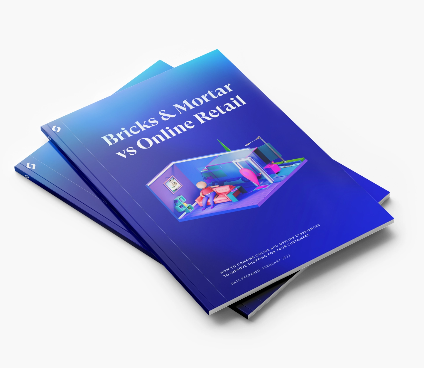 Click here to download our FREE white paper and learn how technology can increase engagement and revenue.